—Returning to Vietnam and Hoi An has given me the opportunity not only to teach in a very stimulating environment, but also given me ideas on how to expand my masters project into a possible PhD project, says Love Jordell

Jordell studied Development studies 1 with Kulturstudier in the autumn 2010. He returned for the spring semester 2015 to take on the role as seminar leader. 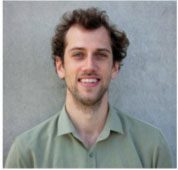 - I remember how exciting it was to study in Hoi An and experience firsthand the society and the challenges the teachers and course literature were highlighting. Now, to teach and supervise a group of students who are themselves going through this learning process is very stimulating. As a seminar leader, it also means getting to chair discussions with particularly active students. Here group discussions play a greater role in the academic set up, than in most university courses I have taken in Sweden.  It would not have been possible without the students´ level of enthusiasm, says Jordell.

He discovered Kulturstudier and the development studies 1 course as he was doing his bachelor studies in Lund and looking for semester studies abroad.
- First and foremost what attracted me was the opportunity to study and live in a country like Vietnam. The Vietnamese society offered a very different experience than those countries and societies you can normally access through the universities´ exchange programs. My interest for Vietnam and development studies was also born through my interest in my main subject, history. Questions posed within development studies such as de-colonialization, modernization and development are often central in attempts to create a global history of the second half of the 1900s. The Vietnamese experience of de-colonialization and the tragic American involvement are often central in such accounts. This is due to the Vietnam War – or the American war as it is termed in Vietnam, which became a turning point in the global North-South debate and the conflict between the US and the Soviet Union.

When I started my Masters in history I, much by chance, returned to Vietnam and development studies. A scholar at Stockholm´s university was about to start a project on the Swedish national development aid project and was looking for students who were interested in writing their Master thesis on the subject. For me this was an opportunity to make use of my previous experience and write about development aid in Vietnam.

My master thesis focused on an extensive aid project that began in the seventies. The purpose of looking at development aid from a historical perspective is not about evaluation or using historical experience to advice on new aid initiatives. It is rather about seeing the historical development aid projects in its national and historical context. The focus is why individuals and institutions acted in the way they did, and not whether these actions really benefited the recipients – questions that might be interesting within the framework of evaluation research. Eventually this research becomes relevant for in depth discussions on the purpose of the development aid programs of today. The Scandinavian countries holds, by international comparison, extensive bilateral aid programs – programs that originate from the 1960s and 1970s. In a more globalized world, it might be harder to see the purpose of these bilateral programs, which could possibly be the reason why we see renewed interest for the historical aid efforts among scholars and debaters in the Scandinavian countries.

- During my time as seminar leader I have already gained a small Vietnamese network, consisting both of lecturers who have been doing research in Vietnam, but also local contacts and friends. If I were to embark on an academic career, I am certain these contacts would prove extremely useful. More than being just useful, I believe these are people I will stay in touch with, and visit on my next journey to Vietnam, Jordell concludes.