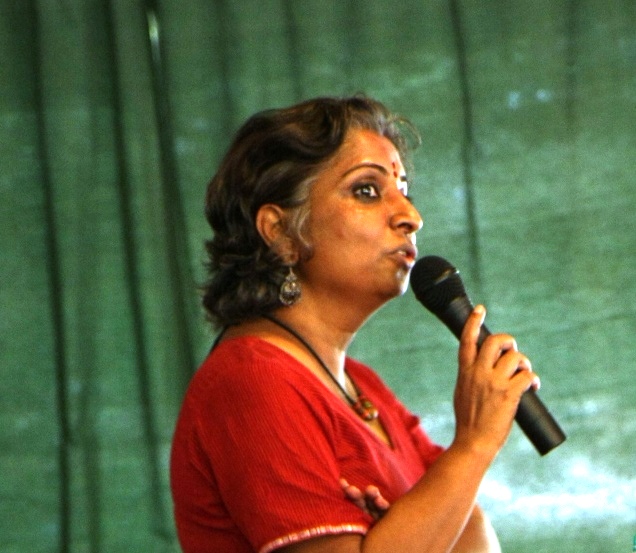 Ramachandran has reported from several conflict zones including Kashmir, Sri Lanka and Fiji. Since 2007 she has eased Kulturstudier´s students into the Indian culture and opened up for new perspectives on peace versus conflict.

- I have enjoyed introducing the students to my culture and society and watching them go through amazing changes over the weeks. During the first week of introductory lectures most of them are excited about being in India, but wary of this crowded, chaotic and noisy country. When I return two weeks later, they are embracing India and despite all the challenges it poses them, they are eager to explore it. What is truly heartening is that several of them have returned to India a couple of semesters later to do their Bachelor´s or Master´s thesis on issues here.

What do you see as the most interesting political and cultural changes in the South Asian region now?
- While countries like Pakistan, Nepal and Burma, which have endured authoritarian/autocratic governments for decades, are taking baby steps towards democratization, intolerance is growing in South Asia’s vibrant democracies like India and Sri Lanka. While Sri Lanka is marching towards authoritarianism, India’s democracy is seeing a worrying shrinking of the right to freedom of speech and expression.

Teaching a class with a majority of Scandinavian students about politics, culture and society in India, what interesting discussions or different points of view come up?
- Discussions on caste have always been hugely interesting. Coming from an egalitarian society, the Scandinavian students find it hard to understand the caste system. They see all hierarchies as bad. The South Asian students, while critical of caste, often argue that all hierarchies aren’t negative, drawing attention to the age hierarchy in South Asia. There are differences too on how we see migration, religion and the monarchy.

How has the Peace and Conflict course, and maybe even the student group, changed since you started teaching in 2007?
- The student group has grown in number and diversity. There are several South Asian students too and their participation in discussions and interaction with the European students has been an excellent experience for all.

What insights do you in particular want your students to leave India with?
- I am keen that they go home with the awareness that order isn’t necessarily peace and that diversity doesn’t make conflict inevitable. I hope that their experience of living in India will make them more open to embracing different ideas, ways of life, culture, etc.