Living in the moment

“The Mexicans come from the Aztecs, the Peruvians from the Incas, and the Argentinians…from the boats.”

Argentina is created by and for the immigrants. 88 % of all Argentinians derive from Italians and Spaniards, but the rest of Europe, the Middle East and Asia are also well represented. History, culture and society are still on-going projects open for debate. In Argentina, life is an everyday creation.

Argentina: the home of large steaks, passionate tango dancers, Maradona…But also the home to the highest per capita ratio of psychoanalysts, the lowest illiteracy rate in South American and the largest importer of silicone implants during the economic boom of the 90s. That might explain why many Argentinians claim to represent the world´s smartest and prettiest people. Buenos Aires is seen as South America´s electronica/techno capital, but the city also hosts one of the world best operas. And n the political chaos following the 2001 crack, it had the questionable honour of experiencing an hour long presidential period. 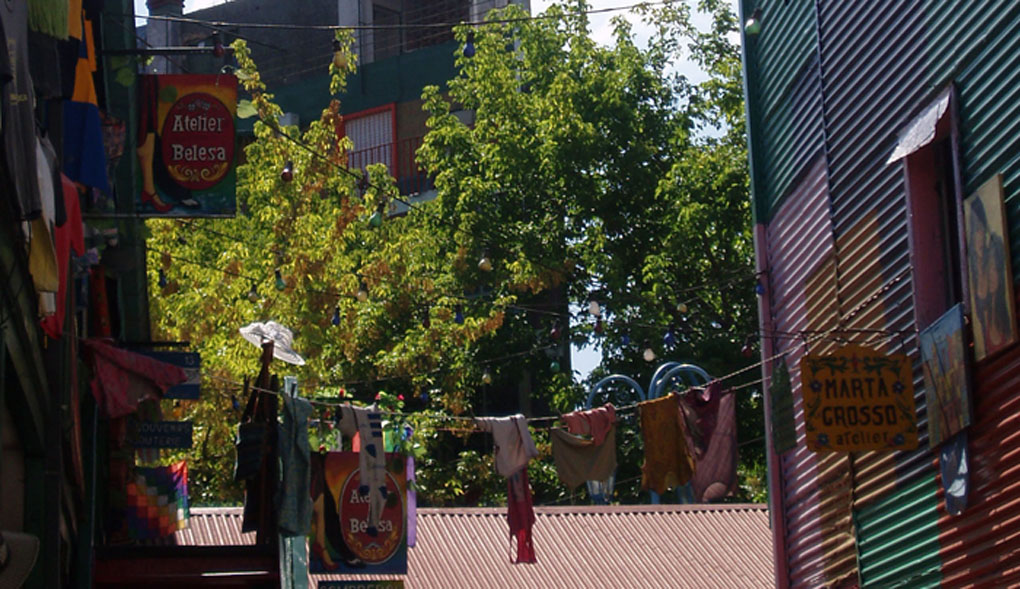 Formally Argentina is a Catholic country, but you will also find a myriad of other spiritual expressions, from popular canonized saints and Pentecostal churches to more mystical traditions and new age inspired cosmologies. Not to forget, the church of Maradona.

The Argentinean, or perhaps more accurately porteño, self-perception and arrogance is world-known, and even God himself has often been ascribed Argentinian citizenship. But when in Buenos Aires, one will observe a passionate patriotism mixed with a deep sense of concern for the country’s future and a vigorous political mistrust. The military dictatorship of the 70s and early 80s, and its devastating, dirty war where 30 000 people disappeared, is vividly alive in the social memory, and the generals’ heavy foreign loans laid the cornerstone for the economic crisis of 2001. The crisis drove thousands of Argentineans to march the streets armed with pots pans and other kitchen utensils, in a carnivalesque display of the government’s political impotence., and hence establishing the cacerolazo as a form of social protest. Abruptly awakened from the 90s’ neo-liberalist dream of comfortable living, the large porteño middle class faced a reality of confiscated savings, monetary devaluation and a general restriction of personal freedom. Though the Argentinean economy currently seems to stabilize and develop, Argentineans continue to watch the political power with a distrustful gaze.

Nevertheless, Argentineans show an appealing talent for distracting themselves from the political and economic chaos, and fervently throw themselves into all that life can offer. In the porteño night, the restaurants are busiest around midnight, nightclubs close well after sunrise, and the benefactors of old and new money share the streets with fashionable middle class teenagers, flamboyant transsexuals, carton collectors from the poor villages surrounding the city and, increasingly, drunk European tourists. On the weekends,  Argentineans flock to the parks to enjoy their matetea in the sun. In the homes and the traditional parrilla restaurants, the abundant barbeques, the Italian ice cream and the Malbec wine offer refreshing breaks from the city’s unkind beauty ideals.