Is there a “Vietnamese“ way of thinking?

The Vietnam War is undoubtedly still the first thing many people think of when one mentions Vietnam. Countless films and books deal with this war and its consequences, both for the Vietnamese and the Americans. Apart from focusing on the many wars and numerous attempts at occupation that the Vietnamese people have lived through during the last millennium, the majority of the literature deals with how Vietnamese society is organised and how the Vietnamese live their lives. Their way of being and thinking is characterised by harmony, hierarchy, and respect for elders and authority. The family is an immensely important entity, or more specifically the most important one, both in society and for the individual. Furthermore, in media and travel brochures, Vietnam is presented as “A land of smiles”, along with other Southeast-Asian countries such as Cambodia, Laos and Thailand. Are the Vietnamese a harmonious and family-loving people? If so, what has contributed to shaping their way of thinking and their behaviour? 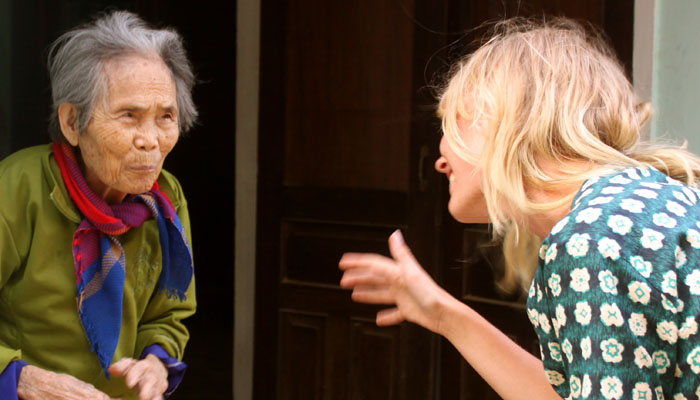 A country is more than just the sum of the people living there, and needless to say it is difficult to make general statements. Nevertheless, we can highlight several key factors that describe the Vietnamese way ofthinking and acting throughout history. Buddhism is the dominant religion in Vietnam. This religion, which stresses that the human being is the result of his or her own actions, emphasises the correct way of living. Vietnam is also strongly influenced by Taoism, which teaches us to live in harmony with other people and nature, and stresses the importance of avoiding any form of confrontation. However, focus on harmony originates to a much greater extent from Confucianism, a strict hierarchical philosophy of society established by Confucius (Kung-fu-tze), China’s great national educator and moral teacher who lived from 551–479 B.C. Confucius maintained that being in harmony with the universe was important, and would lead to a healthier and happier life. According to his teachings, people are requested to be flexible and to compromise. Harmony was seen as an association with the order of society, and could only be upheld by strict moral codes of conduct, which involved obedience and loyalty towards superiors. The belief and worship of ancestors is also central in Confucianism.

We are on the wrong track, however, if we focus too much on the importance of such conceptions. People are constantly making choices. On a daily basis we make small and large decisions that consequently make their mark in time and the world in which we live. We also shape our lives according to a number of different traditions and factors of influence. Nor must the emphasis of harmony be confused with the absence of conflict. The youth of Vietnam are in conflict with and in opposition to their parents and superiors, just like young people anywhere else in the world. One main difference seems to be in the way these conflicts take place. To some extent, Vietnamese youth do not have open conflict with their elders. This in turn leads us to the meaning of respect in Vietnamese society.

The most obvious way of showing respect is to use the correct form of address. You must address others and refer to yourself according to age, gender, rank, etc. Hierarchy is mirrored in the use of the pronoun, both in the first, second and the third person. Are you for example a young woman, you should address a young man a little older than yourself with the pronoun ‘anh’ which means “older brother”, and refer to yourself as ‘em’ – “younger sister”. Usually, the first thing one is asked in Vietnam is one’s age, whether one is married, has children, what one’s job is, etc. This is done in order to be able to place the person in the social hierarchy.

The family, not least the duties one has towards it, is very important for the Vietnamese. In literature, consideration towards the family and the well-being of the lineage is paramount to everything else. If you ask a Vietnamese (or an Indian for that matter) about the differences between a family in Asia and in the West, many would most likely answer that the family is less important for people in the West. A crucial point in this discussion is the practical role of the family in Vietnam, as security in life – a phrase that does not have the same connotations in Norway. Following Vietnam’s development of a market economy, access to everything from education to healthcare services has become increasingly dependent on a person’s income. Subsidies and free welfare services have decrease. Today there is a growing difference between rich and poor, especially in the big cities. Without the possibility for external financing of education or different means of welfare, it is absolutely necessary, and maybe also easier for many, to accept that the family makes the decisions. These days, to an increasing degree, young people and their families are in touch with current trends that advocate the opposite of group solidarity, namely realisation of one’s self, personal career, consumer society, etc. What consequences this will have for the family is not clear.